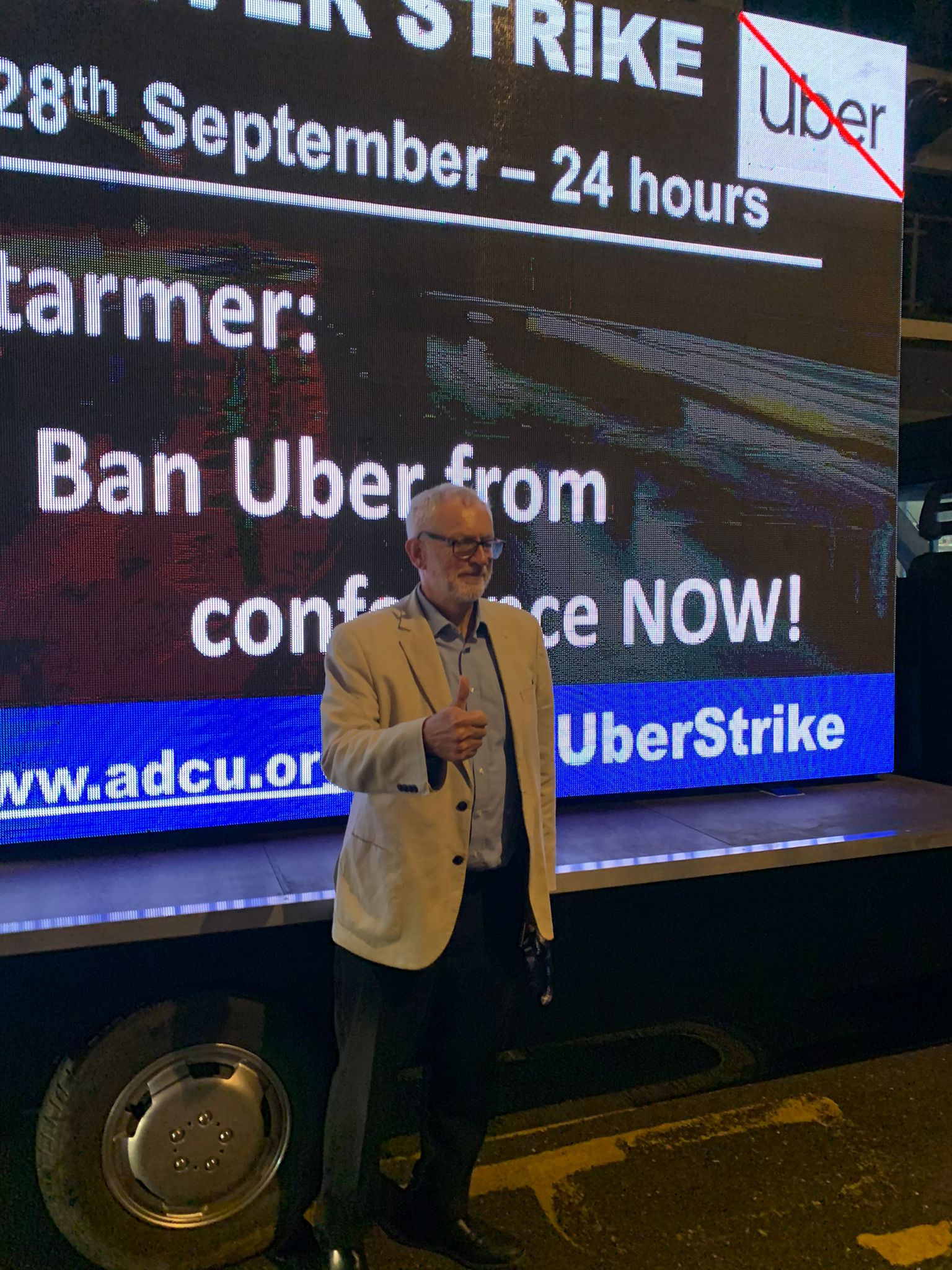 The ADCU has tonight written to Labour Party leader Keir Starmer to demand that accreditation for Uber boss Jamie Heywood and staff to attend the annual conference be revoked in light of the Uber driver strike on September 28th. The union says it is completely in appropriate for Uber executives to be allowed access to the conference under the current circumstances and during a strike.

The union has also written to Dr. Edobor Chair of the Fabian Society who is scheduled to host a panel discussion entitled A year of change: the future of the gig economy. The ADCU has asked the Fabians to either remove Jamie Heywood from the panel or cancel the event.

The ADCU Uber Strike digital advan will be in Brighton from tomorrow evening to raise awareness amongst conference attendees of the continued abysmal working conditions suffered by Uber drivers and to ask all not to cross the digital picket line on Tuesday.

As Uber drivers prepare to mount a national strike and protests in eight UK cities on Tuesday, it is completely inappropriate and tone deaf for the Labour Party to give Uber access to the annual conference and for the Fabians to give them a platform. We call on Keir Starmer to immediately revoke their credentials and for the Fabians to cancel this event.