The App Drivers & Couriers Union (ADCU) will stage a 24-hour strike of Uber drivers with demonstrations organized at Uber offices in 8 UK cities on September 28th. 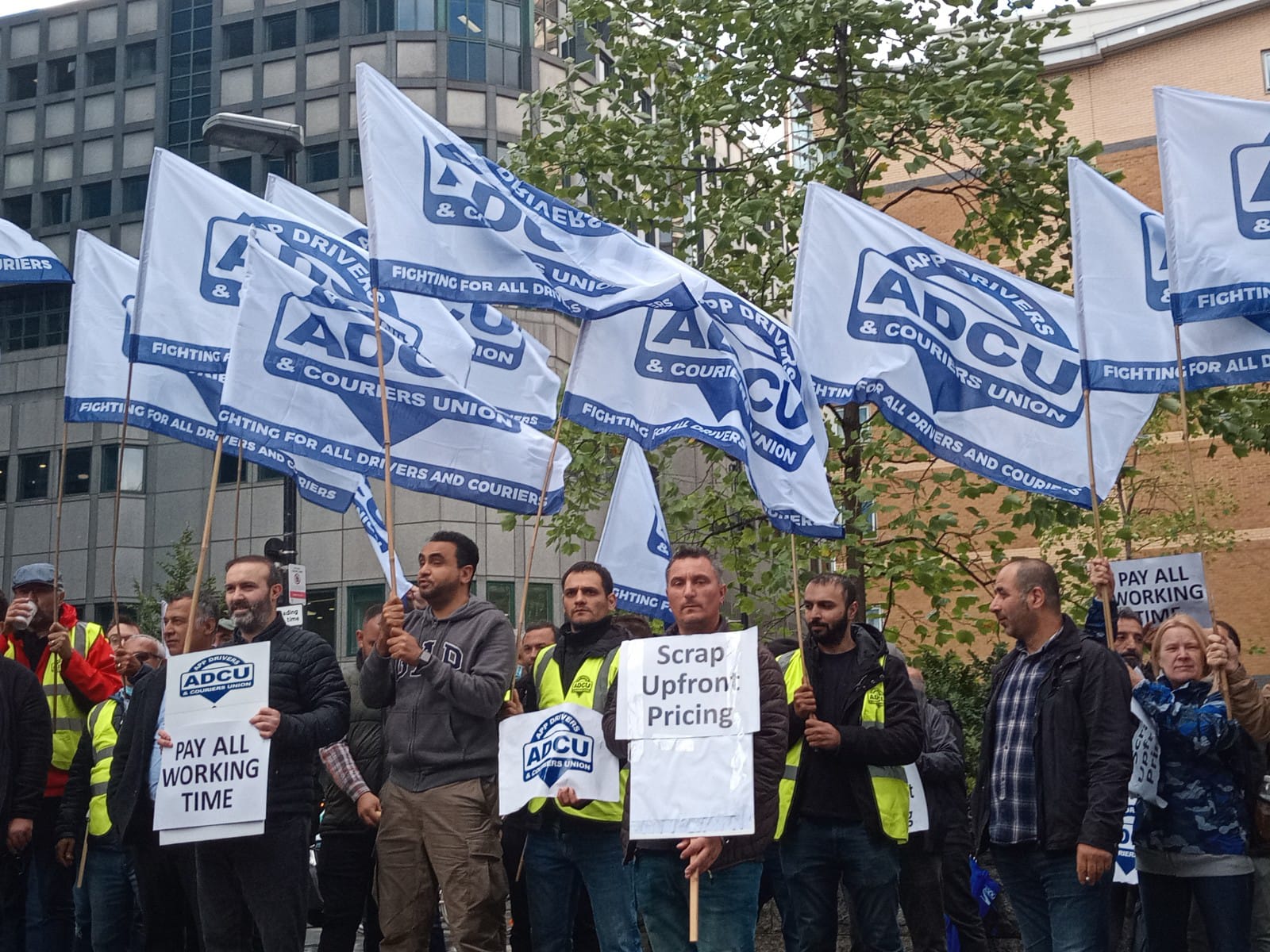 The App Drivers & Couriers Union (ADCU) will stage a 24-hour strike of Uber drivers with demonstrations organized at Uber offices in 8 UK cities on September 28th.  Strikes and protests will be staged in London, Bristol, Birmingham, Nottingham, Sheffield, Manchester, Leeds and Glasgow and will run from midnight to midnight.

All Uber drivers nationwide are asked to not log on to the app during the strike. Passengers are likewise asked to support the strike by not crossing the digital picket line to book the service.

There are three key points of dispute which has now led this to latest strike action:

· Uber’s failure to implement the Supreme Court ruling and pay waiting time which makes up around 40% of an Uber driver’s working time.

· The introduction of fixed price fares and the abandonment of variable fares which were based on actual time and distance travelled. This has led to reduced driver incomes and greater financial risk.

· Unfair dismissals without recourse. Uber’s introduction of a flawed real time identification and surveillance system in particular has led to many drivers being wrongly dismissed without right of appeal.

The union is making three key demands of Uber to immediately remedy the situation:

· Uber to pay all working time including waiting time and respect the Supreme Court ruling.

· An end to unfair dismissals without right of appeal. Uber must also withdraw the use of the so-called Real Time ID surveillance and facial recognition system.

The ADCU is aware of Uber’s announcement today that it will now finally pay pension contributions for drivers after operating in the UK without doing so for almost a decade.  This is a rehash of a previous similar announcement in a cynical attempt to distract attention away from the strike and from addressing the legitimate demands of drivers.

In March this year the ADCU won default judgments against Uber at the Amsterdam district court over claims that the company had robo-fired 6 drivers unfairly by algorithm. Uber vowed to challenge the court’s default judgments. However, on August 8th Uber offered to settle the case with the individuals involved only if the ADCU and all of its members agreed to be gagged about the details of the case. We considered this to be a highly inappropriate demand and an attempt by Uber to interfere with the independence and integrity of our trade union. The ADCU immediately rejected the terms and ended negotiations. Uber has since bowed to the inevitable, reinstated the drivers and paid all of them material and pecuniary damages as ordered by the courts.

It is shameful that Uber continues to defy the highest court in the land to cheat 70,000 workers out of pay for 40% of their true working time. The drivers know they deserve and are legally entitled to much more than Uber is offering. Uber’s offer to set up a cross app common pension scheme just proves that it must also be possible for these companies to apportion and pay driver waiting time between them. This strike is just the beginning and there will be much more unrest until Uber does the right thing and pay drivers all that they are owed, both pension contributions and working time.

Uber has continued to intensify its use of junk surveillance tech and algorithmic management control to maximize profits. The results have been catastrophic with hundreds of people unfairly dismissed and accused of unspecified ‘fraudulent activity’. Instead of trying to gag unions from exposing the flaws in their tech, Uber should instead guarantee all drivers protection from unfair dismissal and the right to access a proper, human led appeals process.

1. Details of locations and times of demos at 8 Uber city locations can be found on our strike page. https://www.adcu.org.uk/uberstrike‍

2. Details of Amsterdam default rulings against Uber for robo-firings https://www.workerinfoexchange.org/post/dutch-uk-courts-order-uber-to-reinstate-robo-fired-drivers‍