Uber drivers take unprecedented international legal action to demand access to their data and transparency over algorithmic management. App Drivers and Couriers Union will present evidence of Uber's use of hidden driver profiles with performance classifications. Uber drivers and Uber Eats couriers in the UK and EEA are invited to join group action. Crowdjustice campaign launched. 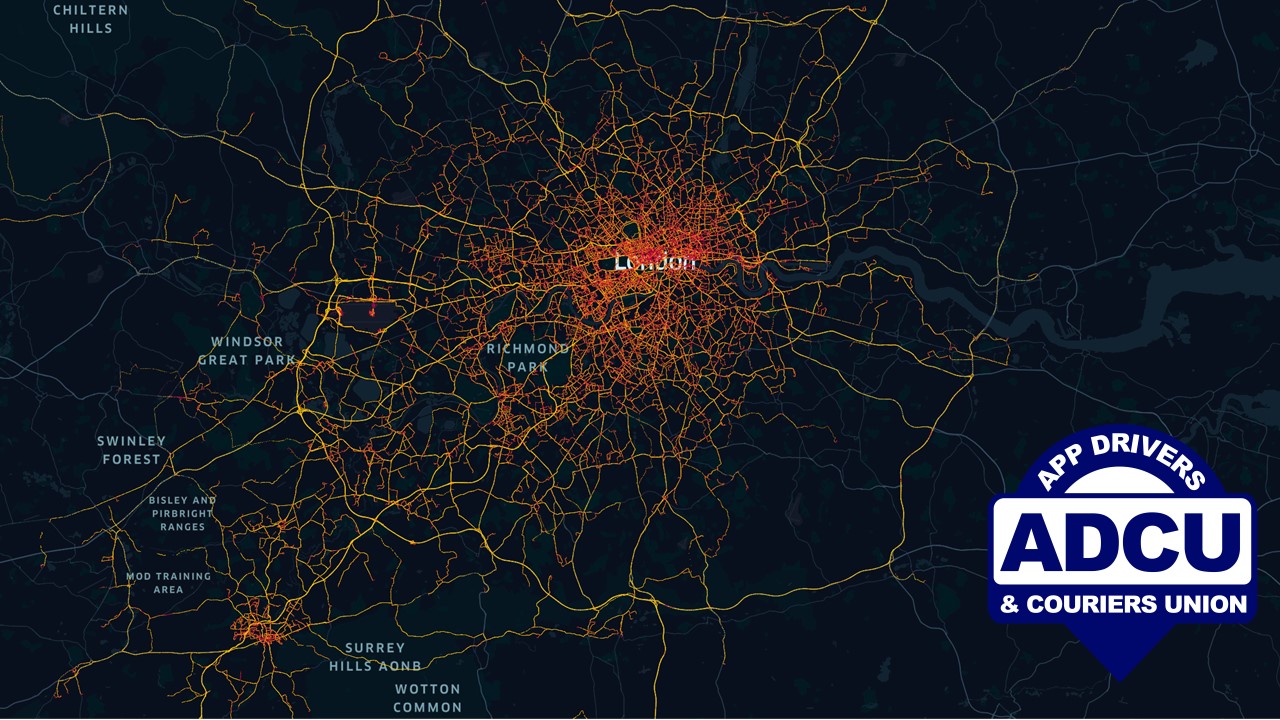 A group of UK Uber drivers from London, Birmingham, Nottingham and Glasgow have launched a legal action against Uber in the Netherlands supported by the App Drivers and Couriers Union (ADCU), the International Alliance of App-based Transport Workers (IAATW) and Worker Info Exchange. Copies of the complaint filed can be found at this link in English and Dutch.

The drivers will argue that Uber has violated its obligations under the General Data Protection Regulation (GDPR) by failing to provide full access to their personal data. They will also argue that Uber has failed to provide sufficient information on the automated decision making and profiling that takes places in the Uber Driver App and other systems used by Uber.

Multiple drivers have been provided access to little or no data despite making a comprehensive request and providing clear detail on the data requested.

The union will argue that Uber drivers are subject to performance monitoring at work and will present evidence of how Uber has attached performance related electronic tags to driver profiles with categories including:

This runs contrary to Uber’s insistence in many employment misclassification legal challenges across multiple jurisdictions worldwide that drivers are self-employed and not subject to management control.

Despite multiple subject access requests and in clear violation of the General Data Protection Regulation (GDPR), Uber has failed to provide access to the performance related profile data in question, the associated electronic tags and their logic of processing.

The drivers will also ask the district court in Amsterdam to make an order that Uber immediately comply with data protection law and to be fined€10,000 for each day it continues to violate the law. The action has been taken in the Netherlands because Uber BV, the corporate entity that controls the platform and driver data, is based in Amsterdam.

The ADCU is working with the nonprofit Worker Info Exchange to establish a data trust for drivers for the purposes of collective bargaining. The drivers will ask the court to order Uber to respect their right to port personal data directly from Uber to their union’s fledgling data trust.

The legal action is also supported by the International Alliance of App-based Transport (IAATW) workers in an unprecedented international collaboration of Uber driver union.

This action comes one day before the ADCU defends Uber’s final appeal at the Supreme Court in an effort to overturn a 2016 Employment Tribunal ruling.This ruling confirmed that Uber drivers are workers under the law and entitled to earn the minimum wage, holiday, freedom from discrimination and whistleblower protection.

The drivers will be represented in the Netherlands by their attorney Anton Ekker.

The union has launched a CrowdJustice campaign to help fund the action and is calling on all Uber drivers and Uber Eats couriers in the UK and the European Economic Area to register for free to join the collective action for digital rights.

Drivers must have full transparency over algorithmic management and complete access to their data so they can build real collective bargaining power in their union. Once again,Uber is flouting the law and exploiting low paid workers.

Uber has deliberately blocked the efforts of drivers to access their data for the purposes of establishing a data trust. This is not only a violation of the law but a terrible abuse ofUber’s position of informational power over drivers. Drivers suffer not only wage theft but data theft too.

Uber operates a common global platform, so it is vital that Uber drivers work collectively on a global scale to demand transparency and fair pay. This international legal action represents an unprecedented shift in labour organizing with workers

With Uber BV based in the Netherlands as operator of the Uber platform, the Dutch courts now have an important role to play in ensuring Uber’s compliance with the GDPR. This is a landmark case in the gig economy with workers asserting their digital rights for the purposes of advancing their worker rights.

1.    Copies of the complaint filed today at the Amsterdam district court, civil division can be found at the following link in Dutch (original) and English (translated). https://ekker.legal/2020/07/19/uber-drivers-demand-access-to-their-personal-data/

2.    The App Drivers and Couriers Union is a UK listed trade union representing app-based transport workers. The union’s President and General Secretary are Yaseen Aslam and James Farrar who are also lead claimants in the successful Aslam v Uber worker rights claim which Uber is appealing at the UK Supreme Court this weekon July 21 and 22nd. https://www.supremecourt.uk/cases/uksc-2019-0029.html

3.    The CrowdJustice campaign to support the legal challenge for data rights for UK and EU drivers can be found at this address https://www.crowdjustice.com/case/help-protect-uber-drivers-from/

4.    Campaign video can be found at this address  https://youtu.be/Ic5F9dKgypA

6.    The International Alliance of App Based Transport Workers represents 22 affiliate unions in 14 countries. It is dedicated to social justice and fair pay for app drivers. www.iaatw.org

7.    Anton Ekker is an Amsterdam based lawyer who specializes in personal data, privacy, AI and algorithms. https://ekker.legal/