The App Drivers & Couriers Union (ADCU) – the union for private hire drivers and couriers – has called for a 24-hour national strike for Uber drivers from midnight tonight and lasting until 23:59 Wednesday June 22, 2022. 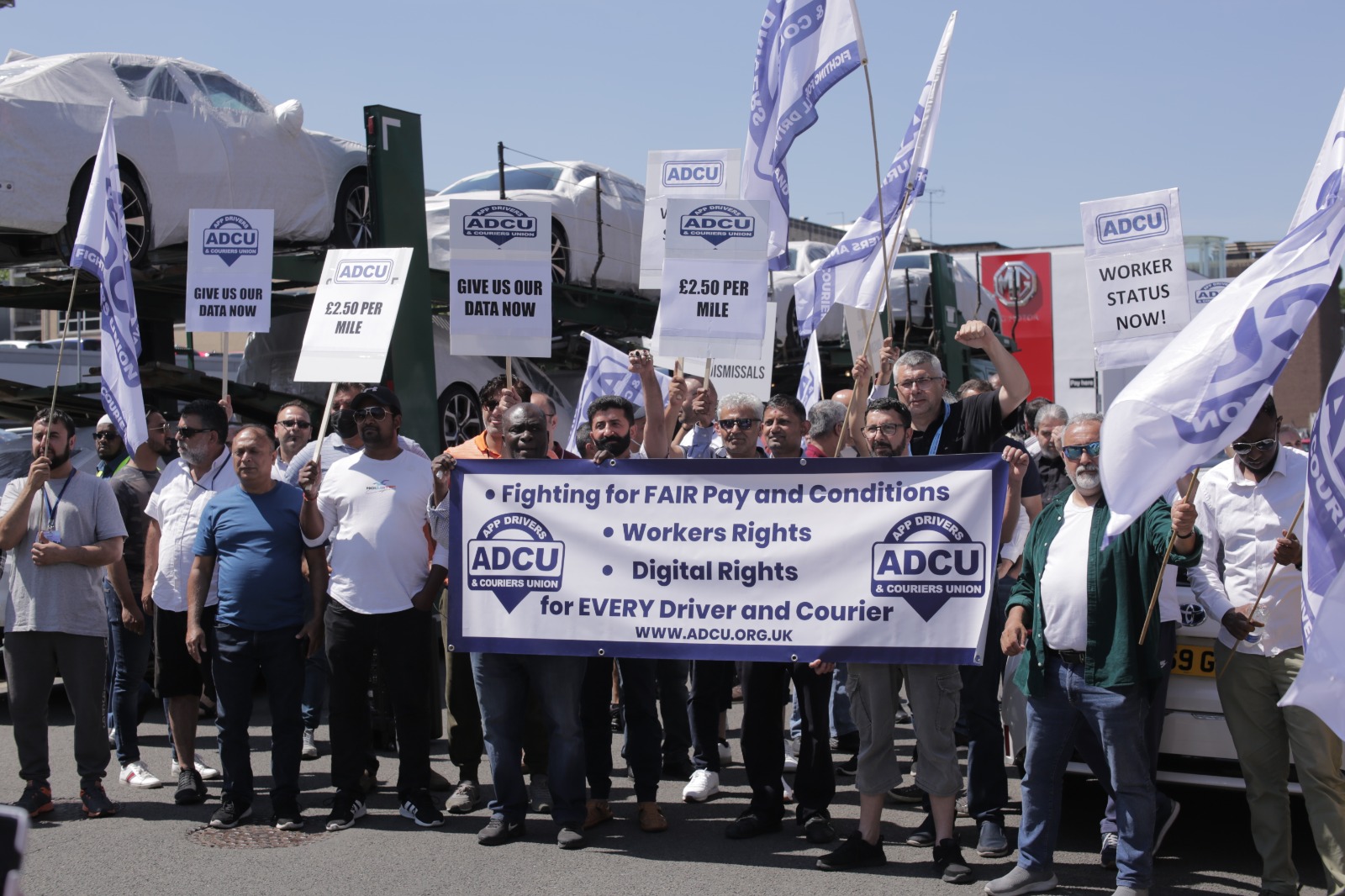 The App Drivers & Couriers Union (ADCU) – the union for private hire drivers and couriers – has called for a 24-hour national strike for Uber drivers from midnight tonight and lasting until 23:59 Wednesday June 22, 2022.

Uber drivers are facing an unprecedented cost of living crisis due to fuel inflation running at 44%, vehicle costs up 28% and household inflation up 7.8%.  Yet Uber has failed to either obey the Supreme Court ruling in full which would protect workers or otherwise raise fares and pay in line with inflation of operating costs. This means that the most precarious workers in Britain have been exposed to the ravages of plummeting incomes and purchasing power. Meanwhile, Uber CEO Dara Khosrowshahi  will earn £45 million this year at an equivalent hourly pay rate of £21,000.

In addition to the strike action, the ADCU will stage a protest demonstration in front of Uber’s offices at Aldgate Tower in London between 11am and 1pm on Wednesday 22 June, 2022. There will also be a protest at Uber's Leeds Hub on Burnley Road, LS4 2PU by LPHDO.

The union is demanding:

·         Uber comply with the Supreme Court ruling and pay drivers at least the minimum wage and holiday pay for all working time from log on to log off. Currently Uber is only prepared to pay the minimum wage after costs from the point of dispatch to drop off but not including standby time which is around 40% of working time. Uber has not adjusted the costs calculations used for calculation of the minimum wage despite runaway inflation for fuel and operating costs.

·         Uber must end its practice of unfair dismissals. Drivers are often flagged for summary dismissal by automated means and are denied any proper due process of investigation, appeal or representation. This in turn can lead to licensing action by local licensing authorities and drivers having to explain why they were fired with Uber often failing to even disclose the reasons.

·         Uber must obey the UK GDPR and provide full algorithmic transparency, so drivers understand how they have been profiled, performance managed and on what basis they have been either allocated work or had it withheld.

The ADCU has separately complained to the Mayor of London and the Metropolitan Police after an internal memo from the building management at Uber offices in Aldgate Tower was leaked to the union. The leaked letter suggests that Uber is in collaboration with the Met Police to provide intelligence on the union, the strike action and the planned protest. The union has asked the Mayor of London to intervene to demand that the Met immediately cease any such intelligence gathering on lawful trade union activity. We await a response from the Mayor and the Met.

Last week, the OECD published its decision to accept a complaint filed by the ADCU as part of the International Alliance of App-based Transport Workers. The IAATW complain that Uber is in breach of the OECD guidelines which has caused detriment to IAATW member unions in the UK, Costa Rica, India, Nigeria, Panama, South Africa, and Uruguay. The complaint alleges that Uber has failed to pay drivers fairly & transparently, has by practice unfairly dismissed drivers without proper process and has failed to ensure health and safety of drivers at work. The complaint is the first global complaint of its kind made collectively on behalf of gig economy workers.

Uber drivers have never been worse off than they are right now. Drivers have been exposed to hyperinflation while Uber refuses to either obey the Supreme Court ruling which protects workers or raise fares and pay to offset inflation of their operating costs. This is beyond greed, Uber has placed its workforce in very dangerous circumstances and the result is driver over work, declining mental health and families in great distress. I implore the government to dismiss the Uber spin and urgently intervene to enforce the law against what is an increasingly out of control company.

1.       The ADCU is a listed trade union and the largest one for private hire drivers.