As ADCU defend against Uber's final appeal at the Supreme Court the stakes could not be higher. If Uber win then we will rapidly see the erosion of worker rights and the Uber-ization of the economy. Also at stake is the right of Uber drivers to unionise at all so those who need unions the most would be denied. 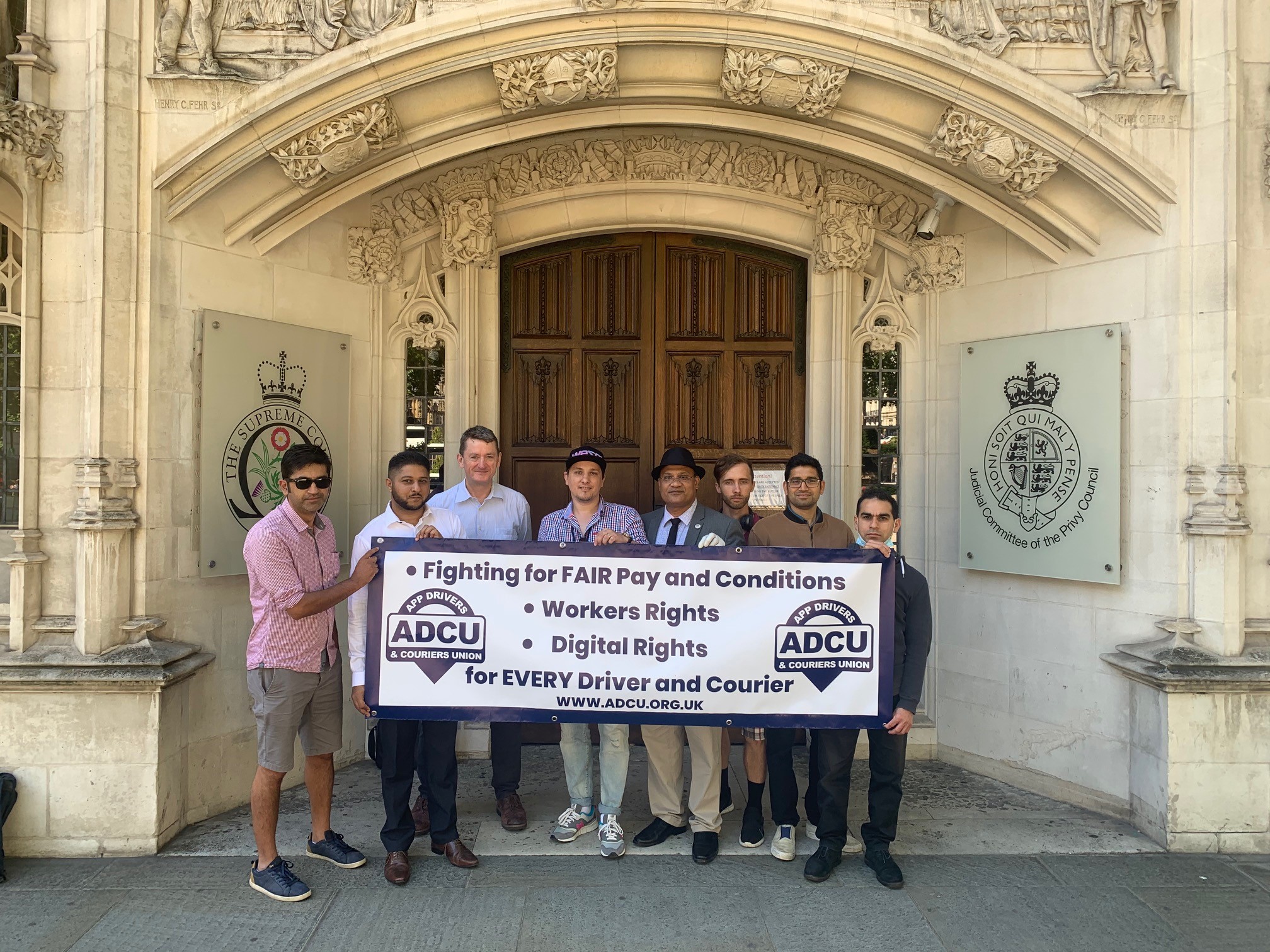 As App Drivers & Couriers Union (ADCU) prepares for the final showdown in a 5-year long battle for worker rights for Uber drivers, the stakes could not be higher. Years of casualisation of employment standards and government pandering to firms like Uber has pushed the entire labour market to a tipping point. A win to Uber now could result in a wide-spread collapse in worker rights across the economy with millions of people pushed permanently into precarity.

To make matters worse, in a letter from the Certification Office this month, the regulator has warned the ADCU that it will have its trade union listing revoked if Uber wins at the Supreme Court. This is because the law provides that a union “must be wholly or mainly of workers”. Should Uber win at the Supreme Court, Uber drivers would effectively be stripped of the right to organise.

This is our final showdown with Uber but the stakes could not be higher for everyone. If Uber wins, there will be an unseemly rush by greedy employers to collapse employment as we know it and Uber-ize the entire economy. Uber drivers and other gig economy workers would be robbed of the right to unionise. I trust we will prevail but the government and Uber should never have let it come to this.

1.       Yaseen Aslam and James Farrar are supported by the App Drivers and Couriers Union in their defence against Uber’s appeal at the Supreme Court of their 2016 Employment Tribunal victory. The Supreme Court hearings will be held Tuesday July 21 and Wednesday July 22 via video link. https://www.supremecourt.uk/cases/uksc-2019-0029.html

2.       ADCU received a letter from the Certification Office on July 13 warning:

“You should note that should the Supreme Court overturn the decision of the Court of Appeal then we will review your listing along with other unions who may be impacted by the decision.”