ADCU (Scotland) welcomes the announcement of a second round of support grants for drivers and also welcomes the release of details on grants being made available to operators/ licence holders, however we are dismayed to find out that the level of support being offered, again, falls short of what is needed. 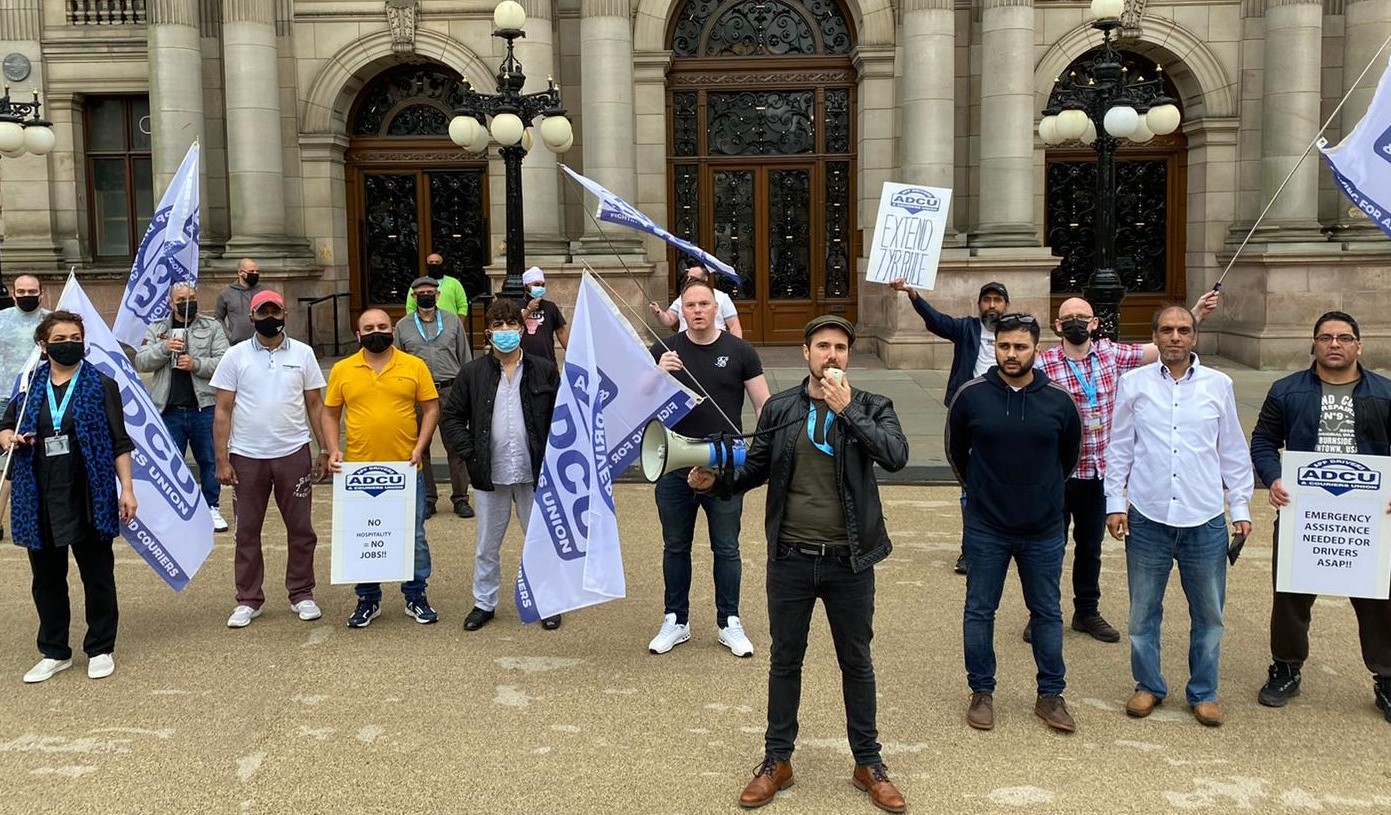 ADCU (Scotland) welcomes the announcement of a second round of support grants for drivers and also welcomes the release of details on grants being made available to operators/ licence holders, however we are dismayed to find out that the level of support being offered, again, falls short of what is needed. We, at ADCU, have been demanding “proper and meaningful support” to our industry and that has not been delivered.

A top up of just £1500 for drivers and a grant of just £1000 for single vehicle operators just doesn't go anywhere near helping to cover the losses incurred over the past 14 months.  Drivers, who are on the front-line of the pandemic and have been providing a vital service to the public, have been working a ridiculous number of hours just to make a dent in the bills.  It has been reported numerous times that drivers have been working ten to twelve hour shifts just to turnover £30 to £40.  68% of drivers have reported a loss of income of 70%+ over multiple surveys.  We have not been making the ends meet.  All we have been doing is working to lessen the financial blow as much as we can.  Our savings have been obliterated.  Our past profits have been destroyed.  To say that drivers are angry is an understatement.  However, the overriding emotion today is not one of anger; it Is one of abject disappointment and complete deflation.  We have been sorely let down by the Scottish Government, the UK government and by local authorities.  Proper and meaningful support just isn't being delivered.

The nuances of our industry seem completely lost on the Scottish Government.  They do not understand that there are multiple methods of operation within our trades and, again, are leaving many people behind with this 'one size fits all'' approach.  As an example, drivers that rent their cars and have been paying towards the fixed costs of a vehicle have been particularly short changed.  Another aspect the government has shown ignorance over is the array of varying vehicle values and operating costs.  Vehicles come with many different values, insurance premiums and running costs.  These issues may have been overlooked and ignored if the level of support being offered across the board was meaningful, however what has been offered is, again, far too little and far too late.

Members of ADCU are also angry that private hire drivers were not invited to be represented at the recent summit with Kate Forbes, despite the ADCU, the union with the largest membership base of private hire drivers in Scotland and the UK, requesting to be in attendance.  We are also angered that all our recent communications with the Scottish Government on these matters have not been met with replies.  We view this as nothing more than contempt.

Local authorities across Scotland have not done enough to help drivers either.  A majority of councils have failed to provide trade specific support in the form of discretionary top-up grants. Glasgow City Council, in particular, have opted to 'pass the buck' to the Scottish Government as often as possible over this.  There are areas that councils have the devolved authority over where they could be taking action to help.  Licensing fees and vehicle inspection fees could have been suspended until the Covid crisis was behind us.  Discretionary extensions could be added to the length of licences to cover the period now lost.  Just not enough is being done to support us.

Last week, ADCU Scotland vowed that if the level of support provided was not meaningful enough then we would mobilise our members to stage protests.  As a result of yesterday's announcement our plans have now been triggered.  Next week, on 9th June at 2pm, our members will be forming a Go-Slow Convoy in Glasgow to protest against the lack of overall support over the past 14 months and to demand that, both, the Scottish Government and Glasgow City Council dig deeper and, finally, deliver proper and meaningful support.  We are aware that other trade groups in Edinburgh are planning protests to take place in the Capital.

We will not back down until the level of support is sufficient enough to ensure our trades' survival.