ADCU Scotland issue warning to Bolt as the firm plans entering Scottish markets: "We will not tolerate any nonsense" 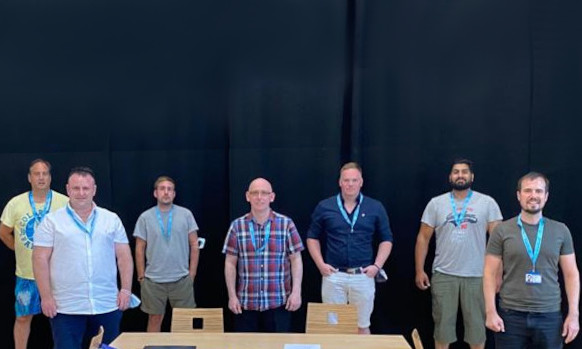 The Chair of the Glasgow branch of App Drivers and Couriers Union (ADCU), Eddie Grice, has issued a warning to Bolt by telling them that they must respect worker's rights when they start operating in Scotland or face legal action. The warning follows the appearance of job adverts being published by Bolt on various job vacancy websites seeking staff for new offices in Glasgow and Edinburgh.

“The news that Bolt is coming to Scotland is somewhat concerning to us. While more firms operating in Glasgow and Edinburgh can give drivers more options and choice, this is a firm with a terrible track record on employment rights and driver safety.

“We will not tolerate any nonsense. Bolt must comply with all applicable legislation and licensing conditions from day one. If they start messing about in Scotland then we won't hesitate to take legal action against them.

“Our members in London are filing claims against Bolt in the Employment Tribunal as a result of their egregious business practices, and ADCU members in Glasgow and Edinburgh will do the same if they find themselves mistreated in any way by this firm.

"The ADCU will protest against a race to the bottom and drivers in Scotland will not put up with getting short changed on pay.

"Additionally, there have been numerous incidents of Bolt drivers being abused and attacked on the job; the worst of which was when Gabriel Bringye was stabbed to death while driving with them. In each and every one of these incidents, Bolt has washed their hands of it and took no responsibility. They must prioritise driver safety when they start operating in Scotland. They need to be prioritising it across the whole of the UK!

"Bolt must pay drivers a decent rate of pay, they must respect their worker rights, they must not go about sacking drivers for no reason and without right of appeal like they have done elsewhere in the UK, and they must make sure drivers are safe while working for them. Anything less than this, any messing about, and they will find themselves being swiftly dragged to courts and tribunals by ADCU members in Scotland.”

The comments follow the recent launch of legal challenges being made by ADCU members against Bolt in London where drivers are taking the company to Employment Tribunals to seek recognition as having 'worker status'. This itself follows the ADCU's landmark victory against Uber, where Uber drivers across the UK are now found to have worker status, which comes with the right to National Minimum Wage and holiday entitlement amongst other worker benefits.

In June, the ADCU also staged a demo at the Bolt offices in London.