Misclassification in the gig economy ENDS here! Victory to ADCU 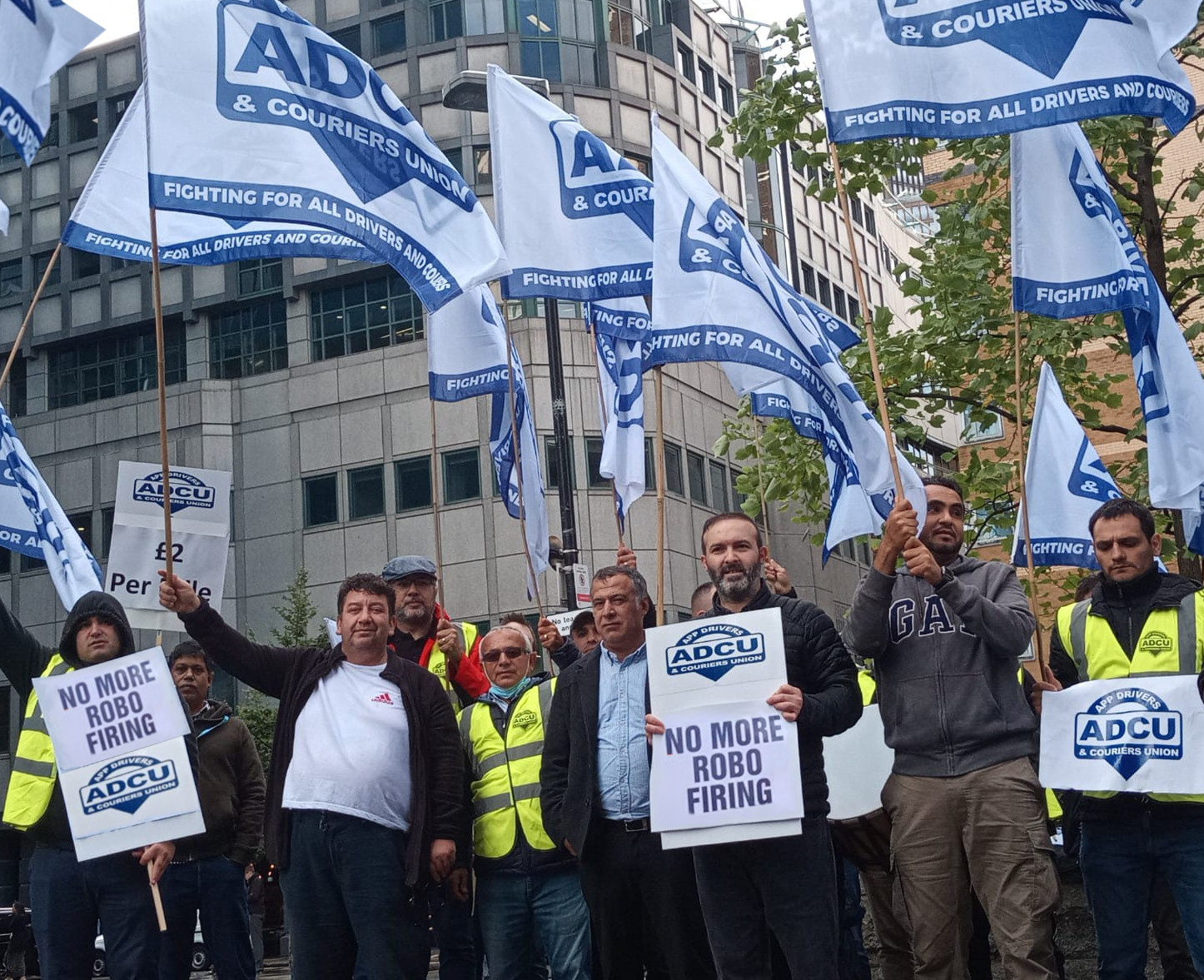 Uber, despite the Supreme Court worker rights ruling, sought a declaration from the High Court that it is lawful for Uber’s drivers to continue to contract directly with Uber’s passengers for transport services. Uber argued that its role was confined merely to that of an internet booking agent and that it was not a party to any contract for the provision of transport.

Such bogus contract constructions, typical in the gig economy and the private hire industry, are used as the means to misclassify workers as independent contractors. It is also used to shield operators like Uber from employer liability, legal liability to their customers and for payment of VAT.

The case arose after the Supreme Court in the worker rights ruling earlier this year expressed an unbinding opinion it could be unlawful for Uber to operate its business model in this way under transport law as regulated in London by Transport for London. The High Court has now clarified the matter by declaring that operators like Uber who accept bookings are “required by the 1998 Act to enter (as principal) into a contractual obligation with the passenger to provide the journey in respect of that booking.”

The ruling will fundamentally restructure the private hire industry in London as almost all 1,832 TfL licensed operators have used this model of operation since the industry first came under regulatory supervision in 2002. The ruling comes as a huge embarrassment for Transport for London and the Mayor of London who have failed to regulate the trade according to the requirements of the legislation. This has resulted in drivers being brutally exploited and passenger safety put at risk while operators profited from the lack of proper regulatory supervision. In 2017, former Work & Pensions Select committee Chair Frank Field MP wrote a report called Sweated Labour Uber and the Gig Economy describing the desperate conditions tolerated in a trade supervised by TfL.

The ruling will ease the path of all private hire drivers seeking to access their worker rights since it no longer possible for bad bosses to hoodwink drivers and regulators into thinking drivers are independent contractors running their own businesses. Passengers can now only contract with operators and so drivers are indisputably working for the operator.

The ADCU was represented in the proceedings by William Kenyon of ITN Solicitors and Jason Galbraith-Marten QC of Cloisters.

For years, the Mayor and Transport for London told us they had no powers to protect TfL licensed drivers from brutal exploitation by licensed operators like Uber. This ruling confirms that, not only had the powers all along but, in fact, they had the duty to act on these powers but failed to do so. The Mayor of London must now order an urgent review of TfL to find out what went wrong, to bring the industry rapidly into compliance and to ensure passengers and drivers are never again put at risk like this.

This was a failed collateral attack on the Supreme Court ruling by Uber who sought to break any link between its obligation to obey employment law and its license to operate in London. Rather than fix its broken business model, Uber was determined to double down on misclassification at the cost of worker rights, passenger safety and the avoidance of VAT. Because TfL declared neutrality before the court, the ADCU had no choice but to step in and use our own meagre resources to defend this case. Our victory will now make misclassification unlawful, transform the London minicab industry for the better and finally eradicate sector wide worker rights abuses.

3.       HMRC guidance on how VAT applies to the taxi and private industry. See 3.3. https://www.gov.uk/guidance/how-vat-applies-to-taxis-and-private-hire-cars-notice-70025