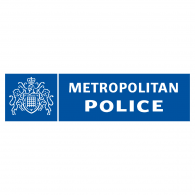 As Uber appealed Transport for London’s decision to refuse renewal of their license at Westminster Magistrates court this week, legal documents submitted by Uber to the court reveal a disproportionately high level of police requests for access to the personal data of drivers and passengers.

The Metropolitan Police alone makes 2,000 requests for data each year from Uber’s 24-hour Law Enforcement Team (LERT). Uber also provides direct access to an information portal for 36 out of 45 of the UK’s police forces.

Uber’s legal submissions to the court also detailed their relationship with the National Counter Terrorism Policing Network, the Counter Terrorism Command of the Metropolitan Police and other security services.

The App Drivers & Couriers Union is particularly concerned about a letter put before the court which was sent on March 31, 2020 by Chief Constable Mark Collins on behalf of the National Police Chief’s Council to then Transport Commissioner Mike Brown.

The letter appears to seek to improperly influence TfL’s position before the court regarding Uber’s appeal with the police warning the loss of access to Uber data would be a setback while noting that “Uber provides UK policing with a great deal of assistance and data to support the UK policing priorities.”

The ADCU points out that all Uber drivers are checked at an enhanced level by the Disclosure & Barring Service before being found fit and proper to hold a private hire license.  Whilst it is important that all licensed private hire operators should cooperate with police criminal inquiries, the level of integration, surveillance and access to data the police now enjoy on the Uber platform is disproportionate, unjustified and a threat to the civil liberties of drivers, couriers and customers.

With 94% of private hire drivers coming from a BAME background, such police intrusion and surveillance of drivers & couriers at work is a burden which falls most heavily on minority groups. With the Metropolitan Police having previously profiled private hire drivers protesting in Parliament Square against the congestion charge in March 2019 as a terrorist risk, the ADCU is concerned with the nature and extent of Uber’s data sharing with counter terrorism police.

“We are deeply concerned about the apparent level of ongoing police mass surveillance and intelligence gathering on the Uber platform which this letter reveals. With Uber’s licence hanging by a thread, the rideshare giant is particularly vulnerable to undue pressure from police and regulatory authorities to compromise the personal data protection rights of their drivers, couriers and passengers.”